All you have to do is to upload different assets such as headlines, texts, videos and images and watch different variations of these assets get automatically designed into ads—ready to proliferate every browser. And that’s how responsive ads allow you to reach a larger audience by creating ads with minimum effort and time.

Your potential customer could be sitting anywhere— behind the small phone screen or a huge desktop. For all intents and purposes, you would want your ad to reach as many people as possible. But in order to achieve that, you’d require a huge team of designers and developers to create ads optimized for each and every ad space. In addition to that, you would also need a quality analyst to oversee every ad and maintain consistency.

For any small business, this process can be extremely time consuming, repetitive as well as expensive. Even for medium sized businesses, adapting the same ad to fit every ad space is a waste of human resources as the designers can be allocated other important creative tasks.

On the other hand, when you create a responsive display ad, you just have to upload different assets— logos, headlines, images, and videos—into Google ads. From there, Google’s machine learning model will determine the optimal combination of assets for various devices and screen sizes. However, the contract comes with a caution—once you’ve uploaded the assets, you don’t have any say in how the combination of your text and visuals are fitted into an ad template.

Therefore, depending on your resources and requirements, you can opt for responsive display ads. If you don’t have enough resources to create custom ads for different spaces, and generic ads fulfill your purpose; then responsive ads are your thing. But if you want to run customized ads, you can either outsource it to a creative production agency or get them done through an in-house team.

2. A good source of heavy traffic

When the goal of your ad is to reach a large audience, nothing is better than responsive display ads. Since Google itself operates responsive ads, they can run on any available ad space on the Google Display Network. For instance, the ad can be displayed as a banner ad on one website and dynamic on another site.

As the ad will reach a larger audience, it will help in increasing the CTR (click through rate) of your campaign. CTR is the number of clicks compared to the number of visits on your ad. It gives you insight about the performance of your ad by analyzing the potential conversion, evaluating the call of action etc.

However, the quality of your reach can be reduced as the top performing ad spaces— medium rectangle, leaderboard, wide skyscraper, and mobile leaderboard are often occupied by customized ads. This leaves you with less competitive ad spots that target the general audience.

So if the quality of the audience is not an important factor for your campaign, and you want to attract a larger audience to create a strong brand presence, you can either run responsive display ads or a mix of both responsive ads and customized ads for best results.

The downsides of Responsive Display Ads

Just a quick recap, the major benefits of responsive display ads is broader reach with less resources in minimum time. However, it has its own downsides. When making a decision on whether to run responsive ads or not, you should consider the following downsides as well.

1. Your ad won’t cut through the clutter

The biggest disadvantage of running responsive ads is that your ad won’t stand out. It would rather get mixed in the pool of endless ads that people are bombarded with every passing minute. Since Google will design your ad using the same generic templates, all your ads will look the same—same as any other ad and same as your competitor.

Especially, if it’s a text ad, there’s no way your ad would really stand out as it won’t have any visuals to differentiate it from other ads. So if your text ad got clicks, it’s probably the result of a fat finger, i.e., someone accidentally clicked your ad without any intention of clicking the ad. Also, responsive ads aren’t the best bet when your purpose is remarketing as due to lack of branding, the audience might not recall your brand or even relate to it.

In addition, sometimes responsive ads can do more harm than good. For instance, if your brand is well established and has a strong brand identity, running responsive ads may ruin your brand’s perception in people’s mind.

2. No control over your ad

The saddest part of running responsive display ads— good or bad, your ad’s fate lies in the hands of Google.

Once you have uploaded the assets, Google will randomly combine the assets on its own. You might not like the final appearance of such ads but you won’t be able to do anything about it. Sometimes the combinations don't make any sense. For instance, the text might be overlapping on the image, hiding your product altogether. Such ads drive no significant results despite the exposure.

With no say in the combination of assets, another disadvantage added to the bargain is— minimum insights provided by Google.

In the initial stage of running a responsive ad, Google will try different combinations to produce maximum output but after a limited time duration, no special attention is given to your ads and they run according to Google’s algorithm.

Furthermore, the data provided by Google about the performance of your campaign is very limited. It provides you with only four criteria for estimating your ad’s performance- learning, low, good and best, without telling you which combination was running when the results were derived. As a consequence, you would only know what is the performance of individual assets, not the whole ad.

Both the advantages and disadvantages are served to you. If your goal aligns with the kind of results responsive display ads generate, you should follow some best practices to overcome the downsides that have been just discussed. Below are the best practices to follow while uploading the assets for responsive display ads on Google Display Network.

Google allows two aspect ratios for images: landscape (91:1) and square (1:1). Once you have uploaded images in these ratios along with other assets, Google will automatically adjust the size of the images as per the ad frame.

Now, even though the images will be fitted into the frame, the impact will not be the same if the chosen images don't look good in every size. For instance, if your image is fitted in a large ad frame, every detail of the image will be clearly visible. But in a smaller ad, such as a thumbnail ad, the image will not be as clear. As a result, your image might fail to convey the message that you want to send across to the audience.

To avoid such obscurity, you should upload the images that can be scaled down to fit any given space without losing it’s essence. For example, select images with minimum elements to avoid any distraction and keep the focus on the product you’re selling instead of fancy backgrounds. Also, before submitting the images, you should zoom in and zoom out to see if all the elements in the images are visible clearly.

Apart from that, avoid using texts in your images. If your image prominently contains text, it might be penalized as per today’s algorithm. Generally, the text should not take more than one-third of the entire space, but in responsive ads, you should avoid any text if possible as you’d have enough assets like headlines and descriptions to flex your words.

Just like images, even logos need to be uploaded in two given ratios: landscape and square. But unlike images, the problem with logos is that they are designed to be either landscape or square without any adjustments. Also, logos represent the brand’s core identity— one cannot mindlessly crop while cropping them to fit any size.

But in responsive display ads, you can make exceptions by making small adjustments to achieve maximum output. For instance, take the example of the airbnb logo designed in a landscape format.

You cannot crop this logo to make it square without destroying it if you want to keep both text and icon. However, if you crop the icon and text separately, your problem can be solved.

To fit into a square space, you can use just the icon. If you want both the text and icon, you can shift the text to the bottom of the icon. In both cases, the identity of your logo will be retained.

In responsive display ads, there are four major text fields to work with-

There are different combinations for text fields presented in an ad that are important to consider when deciding the content that goes in those fields. Let’s discuss them-

1. No two headlines will be shown simultaneously

This allows you to repeat yourself in both the short and long headlines. You can repeat the same message by rearranging the words.

1. No two headlines will be shown simultaneously

This allows you to repeat yourself in both the short and long headlines. You can repeat the same message by rearranging the words.

2. Description will accompany either of the two headlines

This means that your description will not be sailing the boat alone. Either the short or long headline will complement the description of your advertisement. You can take this feature to your advantage by allowing your descriptions to be an extended explanation of the headline. This way you will get enough words to convey your message collectively.

3. Headlines can be the master of their own.

Unlike descriptions, headlines can be used on their own without being supported by descriptions. It means your headline should be self explanatory and solid enough to get the attention of the audience.

Pro tip: You can add a CTA (Call to Action) in your headline so that if your audience comes across any image and headline combination of the ad, they would know what action to take based on the CTA.

4. The text field can be truncated.

If google somehow chooses the combination of long headline and description, the text can be truncated, i.e, the end of the text may be chopped off. Hence, your message will not be conveyed properly and the audience will be left at the mercy of conjectures to puzzle it together. To avoid such confusion, you should load the message in the front center.

With these simple practices in mind, you are all set to make the best use of your responsive ads! So go ahead, craft catchy headlines, choose the best images and videos to reach your audience on every screen. 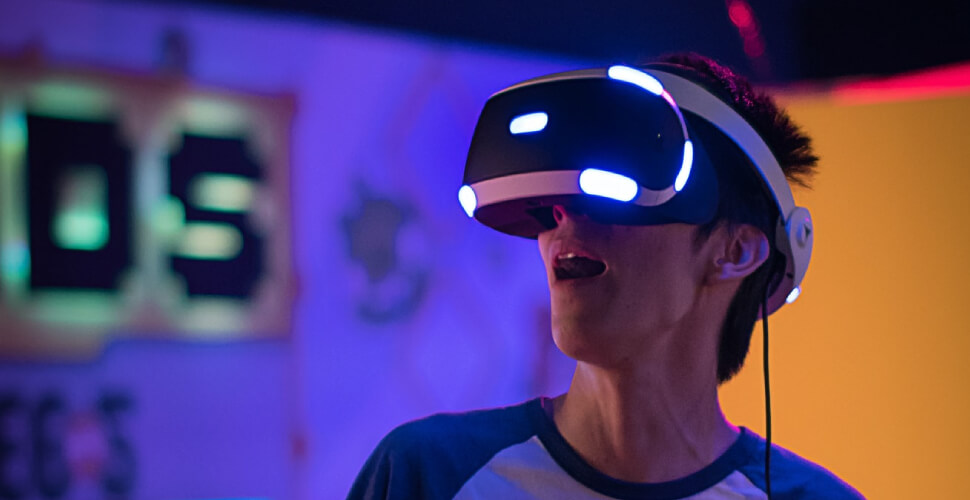 Everything you wanted to know about the metaverse

In the wake of Facebook rebranding as Meta, reflecting its focus on the “metaverse”, Microsoft has now announced it, too, will launch into this space. … 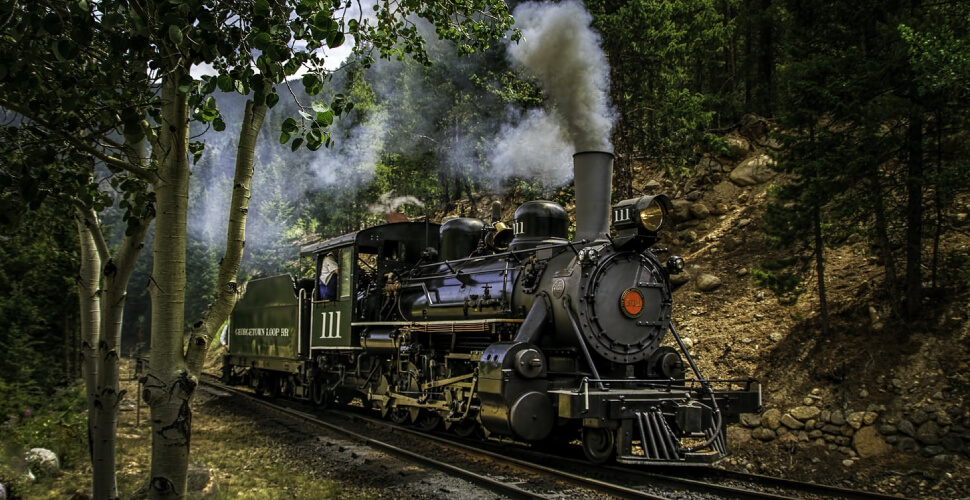 The AGI hype train is running out of steam

The AGI hype train has hit some heavy traffic. While futurists and fundraisers used to make bullish predictions about artificial general intelligence, …